What Did We Use2Do with These?

Kitchens in the ’70s and ’80s had this appliance. It was a hit in suburban households for decades and an omnipresent part of the home back in the olden days.

How do most of us get along without the Trash Compactor now? It’s hard to say, but it’s been decades since the average home has been built with one of these contraptions – at least as far as I know anyway. Back then, the homeowner would put trash inside, close the door, and push the button. Boom. Boom. Boom. The pounding inside would smash the garbage into a smaller, more manageable amount. I’m not sure they were ever as useful as the appliance sellers would have wanted to admit. But when one family bought one, others seemed to follow suit. Soon, many homes had them.

These days, you can find them in the marketplace, and they have their place. It’s just that they aren’t universally installed and certainly not too often in suburbia.

Make a Change Be4You’re Set to the Curb

Most of us have little or no use for a compactor these days. That isn’t to say there isn’t a market. For example, if you live in a high rise and can’t get your garbage out very easily or can’t dispose of it as often as you may like for some reason, a compactor may be just the kitchen appliance for you.

Compactor-sellers are like everyone else now. They must target the specific audiences they want to reach and tailor their messages to speak to those particular audiences.  It became pointless to promote a compactor to the masses – so they had to adjust. Now they go after the market that may have a natural inclination to be interested in their product.

Is what you’re selling relevant to the masses? Great. Take advantage of that AND pay attention to where your best market is so you can build your marketing to attract the interest of those people directly. That may be basic marketing, but it will help you whether trash compactors, avocado green, and laminated countertops from 1975 come back in style or not. 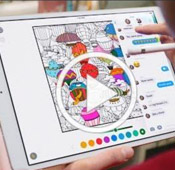